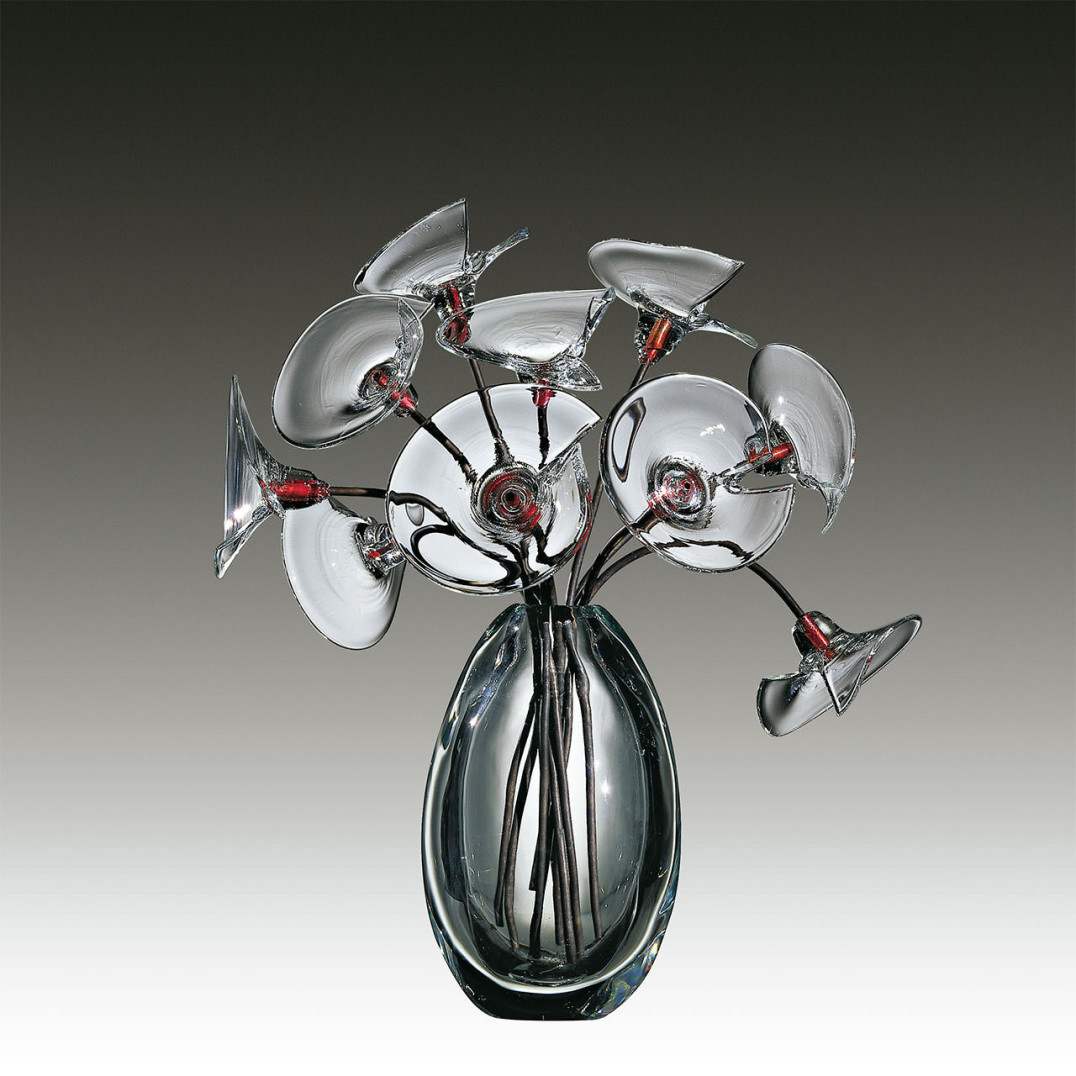 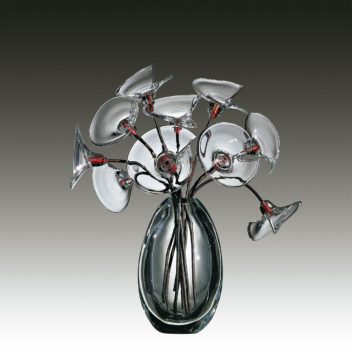 Vase and flowers composed of thick cristallo glass. Stems are made of hollow copper pipes. The red center of the flowers is obtained by the oxidation of the metal when the hot glass is applied. 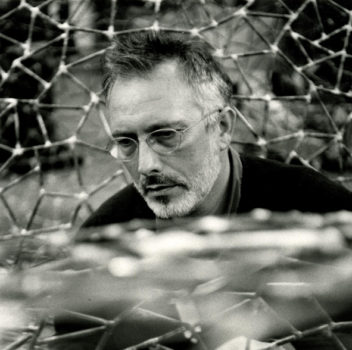 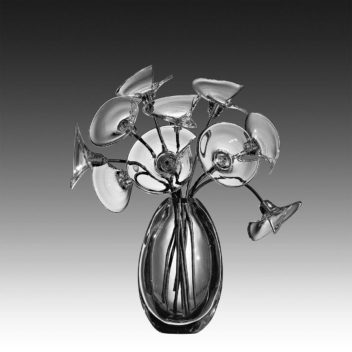 Since 2001 Venini S.p.A. is part of Italian Luxury Industries Group and is led by Giancarlo Chimento, Giuliano Tabacchi and Giorgio Rizzo.