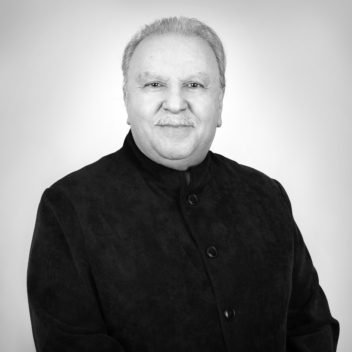 Born in the French colony of Algeria, Albert spent his formative years in France. He attended the Centre Universitaire of Vincennes (Paris VIII) where he studied Sociology.

Interested in learning about other cultures, Albert spent time traveling the world, living as a local, studying new languages, and experiencing life throughout Europe, Asia, the Middle East, and North and South America before settling in New York City.

He has been working and collaborating with the Olnick Spanu family since 1992. Happily married, he became a United States citizen in 2015.