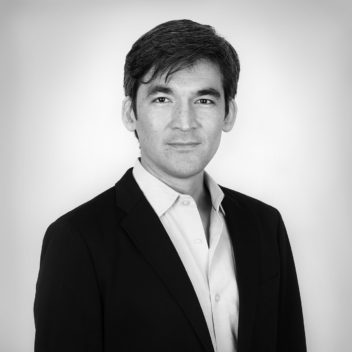 Yoshiki Waterhouse has directed design for Olnick Spanu since 2012, following the footsteps of his mentor of fifteen years, Massimo Vignelli.

His wide-ranging work for Vignelli Associates includes the redesign of the New York City Subway Diagram for the Metropolitan Transportation Authority’s Weekender website and mobile app, the redesign of The New Yorker magazine, and the signage programs for the Asia Society and the Museum of Fine Arts, Houston, which won an SEGD Honor Award. His work is now part of the permanent collection of the Museum of Modern Art, New York.

Waterhouse recently designed the MTA’s Regional Transit Diagram, New York and New Jersey’s first interagency map of public transit, which was introduced for the 2014 Super Bowl. Along with his partner Beatriz Cifuentes he founded the design firm Waterhouse Cifuentes Design and launched SuperWarmRed Designs, an online platform that conceives and manufactures timeless products across multiple scales and disciplines.

Mr. Waterhouse holds degrees in architecture from Yale and Harvard, where he was the recipient of the Peter Rice Internship at Renzo Piano Building Workshop and the Araldo Cossutta Prize for Design Excellence.